Mayoral is pleased to present the first retrospective that brings together the artists Manuel Rivera (1927-1995) and Manolo Millares (1926-1972). First shown in Paris, 'Rivera – Millares. Ethics of Reparation', will later travel to our Barcelona gallery where additional works will be on view.
Previous Next

“Rivera – Millares. Ethics of Reparation” proposes an unprecedented and intimate dialogue between two artists, Manuel Rivera and Manolo Millares, who were amongst the most representative Post-War artists in Spain.

The Very Essence of a Bond

Everything connected them, aesthetically, politically and artistically. If they were amongst the first to push the limits of the canvas, while using industrial materials which they wove, Manuel Rivera (Granada, 1927 – Madrid, 1995) and Manolo Millares (Las Palmas de Gran Canaria, 1926 – Madrid, 1972) also had the same gallerists in New York and Paris: Pierre Matisse and Daniel Cordier.

Both founding members of the El Paso group – a radical artistic movement born in Madrid in 1957 – their work has been shown in group exhibitions in Spain as well as New York, Sao Paulo, Venice and Paris without ever having been exhibited side by side in a duo exhibition. “Rivera – Millares. Ethics of Reparation” thus reveals the individual and collective reactions of two towering figures from the Post-War period for whom the disenchantment with reality under the dictatorship of Franco, and the world more generally, could not be silenced.

Millares and Rivera never stopped experimenting with three-dimensional expression. A subversive act, between construction and deconstruction, that poked fun at the conventional, the established. The works in the exhibition were created between 1956 and 1972, in the midst of the Franco dictatorship and thus within a socio-political climate where freedom of expression was entirely prohibited.

If at first sight these works could appear inoffensive to the authorities of the regime – who, as stated by Alfonso de la Torre, were incapable of understanding and appreciating metaphor and poetry – they acquired a specific and explicit critical value by being exhibited outside of Spain: in 1960, for example, at MoMA and the Solomon R. Guggenheim Museum in New York were they were juxtaposed with works of artists from parallel movements such as Art Informel (Informalism) in France and Arte Povera in Italy. Far from being instrumentalized as merely representatives of the “Spanish label” at the time, they belonged to a “critical Spanish-ism” and defended through the very ideal of their group and their creations, the idea of a “revolutionary visual arts.”

“Neither Painting, Nor Sculpture”

The highlighting of materiality in its own right is one of the main characteristics of Post-War art in Europe. It can be seen in France with the Art Informel of Fautrier and Dubuffet, and with Burri and Fontana in Italy, but also in a very singular and revolutionary way with Millares and Rivera in Spain.

They were true weavers who used wire – metallic fibres (wire & mesh) in the case of Rivera and burlap threads with Millares – as a form of writing, coded messages, and even as a metaphor for a life in the process of repairing, healing and perhaps even freeing itself.

Using singular techniques and industrial materials close to the ready-made, each artist strived to incorporate the void, to sculpt the hollowness and to extend the space of the canvas outside of its conventional frame. Thus, with the shadows projected from the holes in the burlap canvases of Millares, and the metal grid of Rivera, the two artists broke free from two-dimensionality, exempting the canvas from its frame; moving beyond the conventional support to embrace the space of the wall.

From the void, the projected shadows create subtle, immaterial and evanescent forms that open up the bi-dimensionality of the paintings, transforming them into objects. A new kind of canvas is now before us in which painting and sculpture collide, revealing “specific objects” as Donald Judd once stated.

“It is as if the tears, the darning, the stitching and the wires –all these terms being interchangeable between the works of Millares and Rivera– were the sublimated gestures of this violence inflicted on civil society.”
– Carles Guerra, Curator of the exhibition 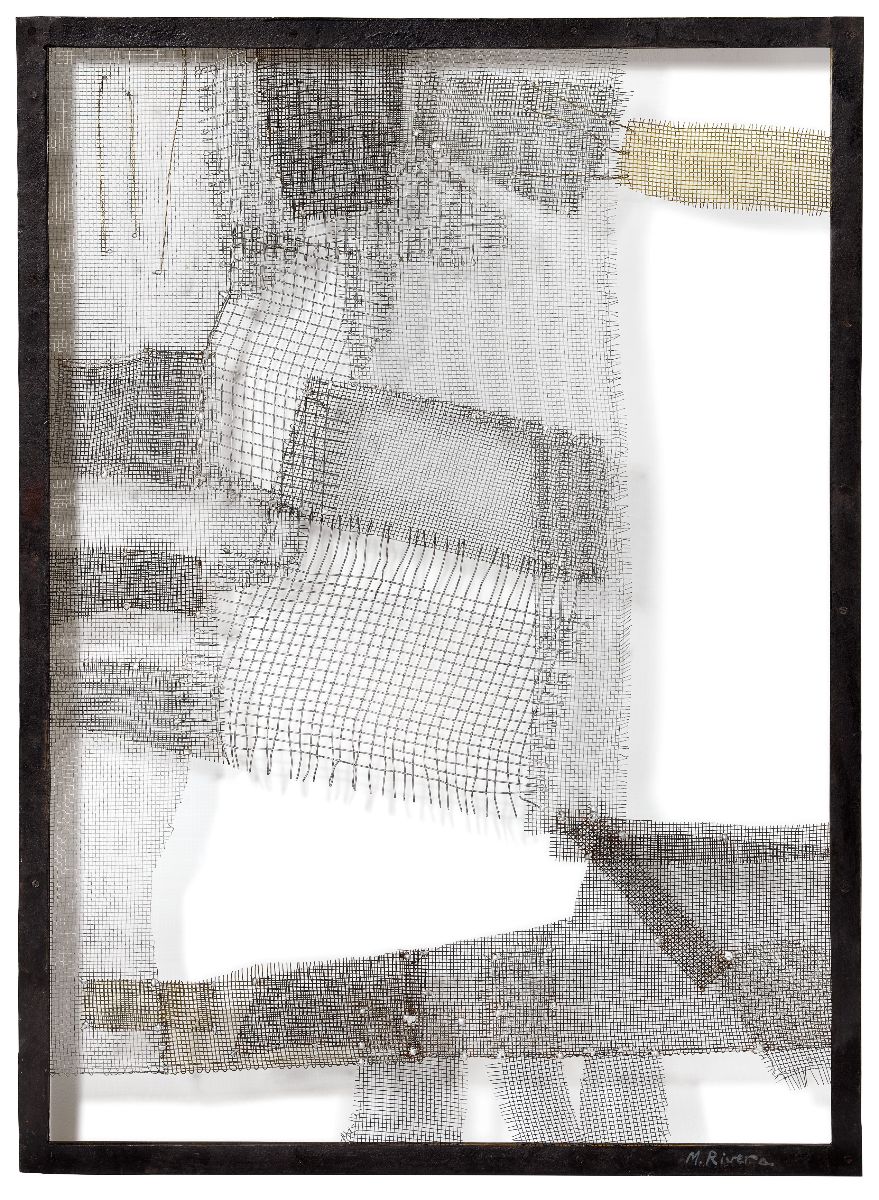 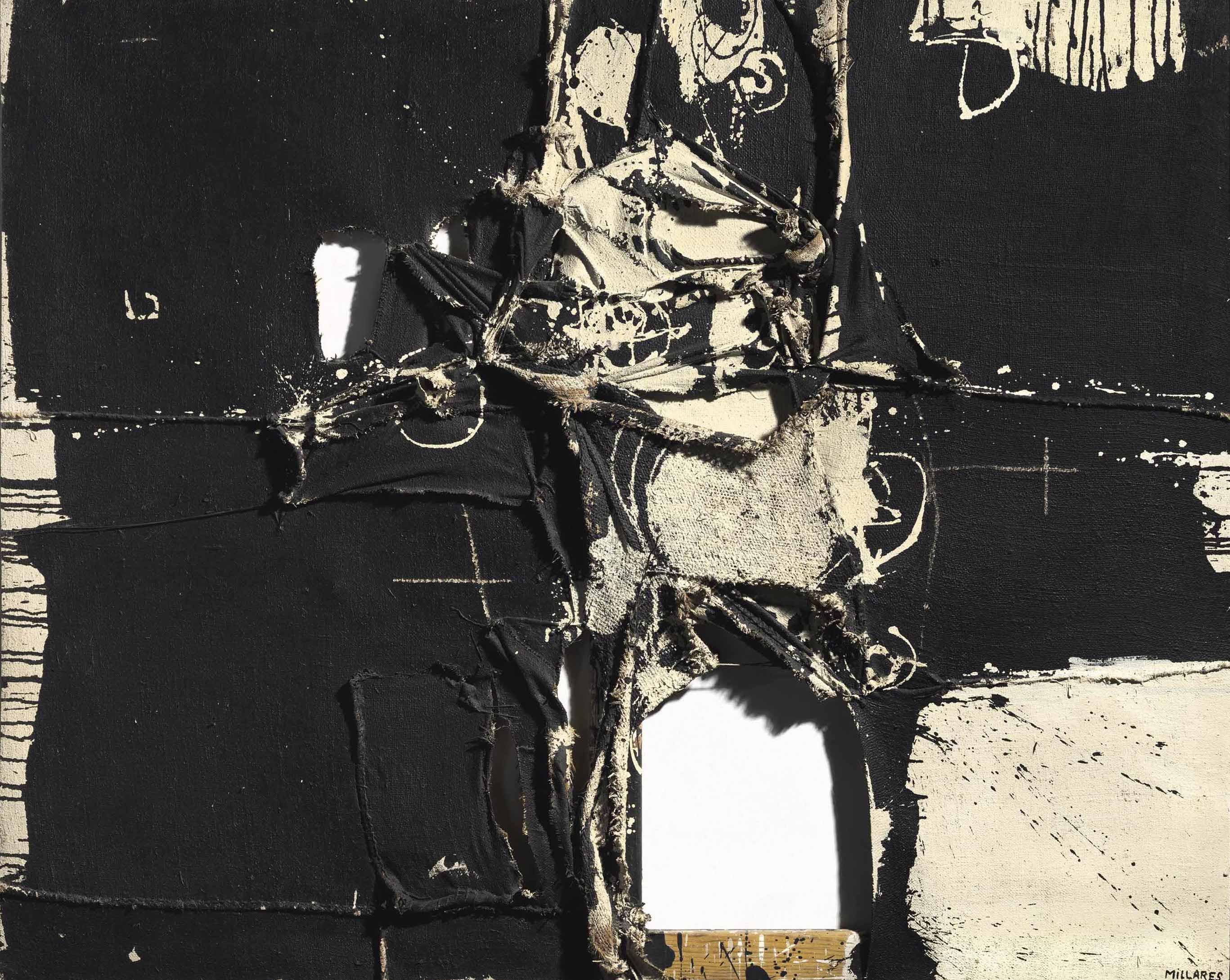 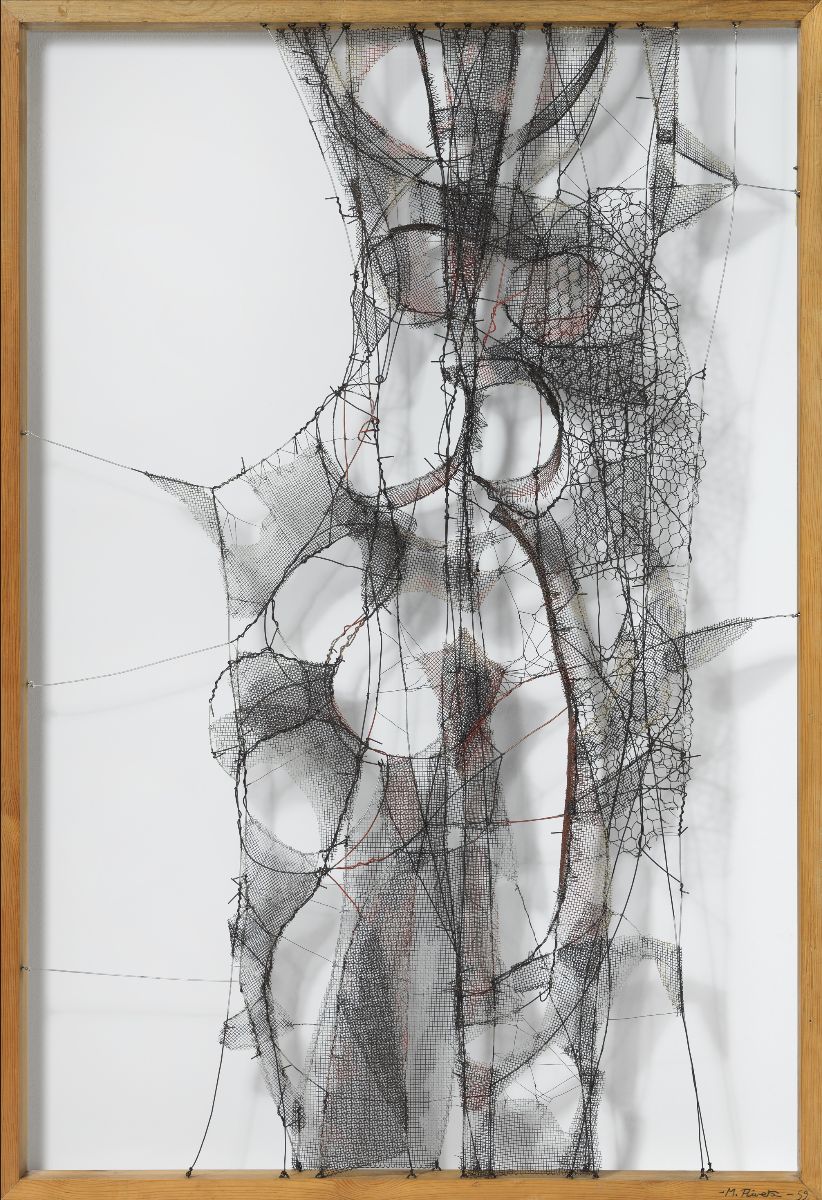 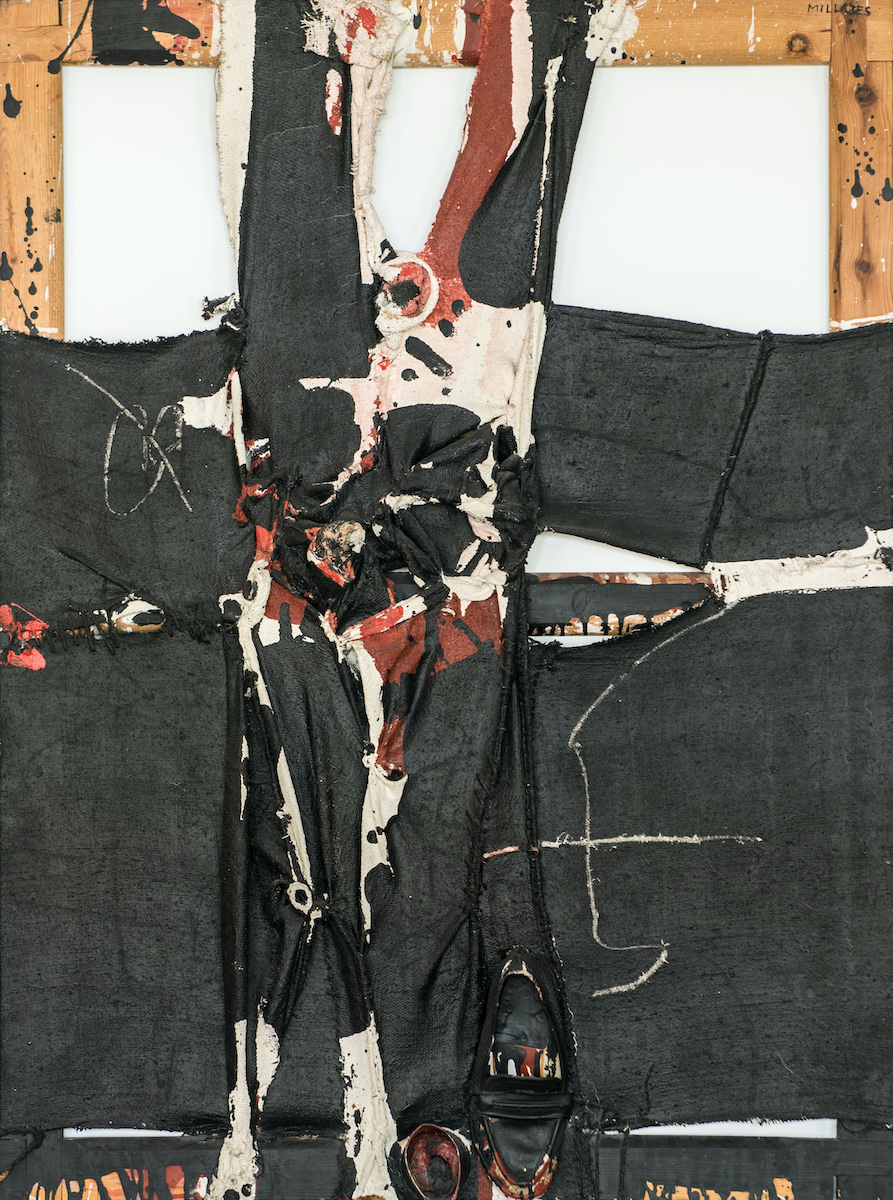 Carles Guerra (Amposta, 1965) has pursued a career in art criticism, teaching and research. He has been director of Primavera Fotogràfica, director of the Virreina Centre de la Imatge, chief curator at MACBA Museu d’Art Contemporani de Barcelona and, from 2015 through 2020, executive director at Fundació Antoni Tàpies. His main line of research has often delved into dialogical practices, in the field of both art and visual culture. Critical pedagogies, documentary practices and the working conditions of cultural production under Post-Fordism have been a predominant subject in his many publications. He has been associate professor at Universitat Pompeu Fabra and faculty member at the Center for Curatorial Studies, Bard College. On top of a vast number of monographic exhibitions devoted to individual artists such as Perejaume, Joaquim Jordà, Xavier Ribas, Ahlam Shibli, Art & Language, Allan Sekula, Susan Meiselas, Harun Farocki, Oriol Vilanova and Ariella Aïsha Azoulay, he has curated projects like 1979. A Monument to Radical Instants and Antoni Tàpies. Political Biography. These last two projects responded to an ongoing commitment to rethink the legacy of modernism from a perspective that urges us to articulate a potential history of our past.